Some thoughts on York Youth Theatre

*These views do not reflect York Youth Theatre or York Theatre Royal, nor it's staff or members.  All pictures found publically via google or owned by the author, i.e., me*
For one reason or another, this week I chalked up an YT session every day of the week, over 14 hours of working with young people. Seven times more than my usual 2 hours a week.


Youth Theatre Assistants generally have the one session per week, with the odd but unpredictable offer of cover.  I managed to work with 8-10s, 11-13s, 14-16s and 16+, missing out only on the wee tiny 5-7s who had their shows in York Theatre Royal’s Studio. 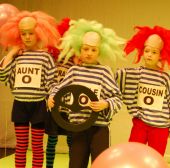 It’s a great joy to work with any age group, but flipping between these ages was certainly a challenge to get into the right mindset.  8-10s have an exuberant amount of energy, but generally listen to instructions because you are Bigger.  11-13s have that same energy, but a slither of rebellion for authority and like to test the rules of the space.  14-16s already know the rules; they don’t need to test them.  Instead they bend them, work within then, twist them.   16+ will carry out any instruction, but only because they want to, not because you asked them to. 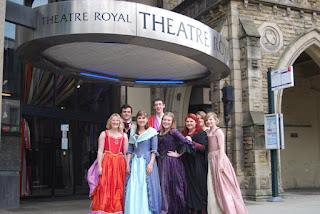 But each age group has a universal core beyond simply sharing the same space and practitioners.  Beyond the rigours of 30 hours a day of school with stricter guidelines and laws both in the classroom and the playground, each group is free to generally muck about (but don’t tell funders that).  At the core of each group is a free space to play, create and work within the security of fictional.  Free from being judged, marked, examined or falling into the binaries of being right or wrong.


I was a member of York Youth Theatre since my mid-teens.  Certainly when it was known as Youth Theatre Yorkshire over at Scarcroft School.  As it changed its name and moved to the York Theatre Royal 10 years ago this year, I guess it must have been 2001, when I was about 12.  Crickey. 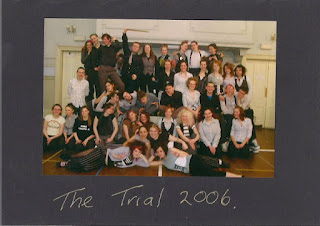 I’ve worked as a volunteer and assistant since 2006.  I recall we did a pretty naff play circa 2004.  It sorta came together in the end, but being a part of the Youth Theatre meant something to me.  At that time, I was thinking about a career and college.  Just the attending, putting together a show and sharing the experience was important.  So I kept up the theatre side of my life, which led to this poetry malarkey.  And to think, if it wasn’t for YYT I’d be doing Film Studies.  *shudder* 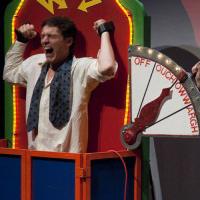 The evidence of YYT breeding keen and eager young people is easily measurable.  Those of my generation went on to become actors, directors, comedians, form digital media companies and form theatre companies.  Oh and become (ahem) poets.  Other generations I’ve seen have gone into journalism, literature, set design, technical theatre, politics and history.  We are a varied breed but we all have that spark, and I believe that’s what YYT has always taught members to feel passionate about their chosen career or identity. 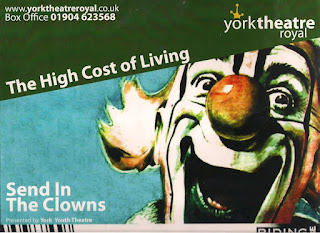 No doubt Youth Theatre has challenges elements, another paradox of the Demanding and the Stressless.  Yes, you will be required to do physical theatre, movement, test yourself and your body.  You will be asked to project (don’t shout), work on vocals, push your acting skills, ensemble skills, work with different people, learn lines, cues, discuss difficult subject matter and all within a short rehearsal process.  However, from a Stressless perspective, it is all in the name of good fun, a brief weekly outlet not a whole life-long dedication.  Not a performance which would make Lawrence Oliver’s acting seem like piece of the scenery.  Not a production which would rattle the RSC in terms of a gauntlet cast down in challenge.  Just whatever you can commit, in your own way, with your own talents in a safe environment.  Jobs and school are stressful.  Youth Theatre is Youth Theatre. 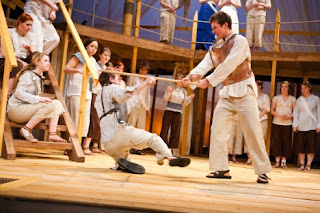 In a normal and generalised job, your loyalty will be bought by the reward, a pay packet or chance of promotion to a larger pay-packet.   I believe in YYT there is no tangible reward.  The play is not a ‘reward’ for the hard work of the term, but a product.  One could argue even a by-product.  There are no gold stamps, no bonuses, no upgrades, no ticks for completing a term of YT. No ‘Congratulations’ banner.  Unlike, perhaps, Play In A weeks, Playhouse Projects or TakeOver Festival, being a member of YYT is (ideally) a long-term process.  Young people can enter and remain for years and years.  The 11-13s I worked with back when I started are now looking round prospective Universities. 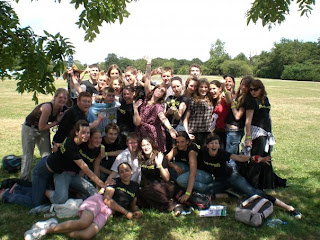 I think YYT encourages loyalty to both the ‘idea’ and the ‘experience’.  The get all academic, the Ideology and the Experiential (can you tell I did English Lit at Uni?).  The Experiential loyalty comes from that physical immersion of The Session for those 90-120 minutes.  A very tangible, real experience.  A fun, hands-on, running around, one your feet, talking, acting, performing, moving snippet of the week. 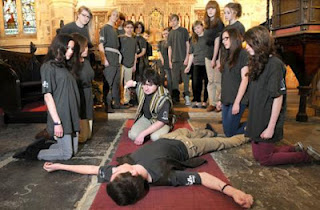 Loyalty to the Ideological or concept of being an YYT member comes from that sense of belonging and community.  The idea that the Youth Theatre is both (perhaps paradoxically) small, intense, enclosed, intimate within that rehearsal room with those few, friendly, recognisable people and yet grander with the context of a session each night of people aged 5-20 with a 10 year-long history, with performances in the Studio, the main stage, the De Grey Rooms and site-specific linked to professional productions from York Theatre Royal and the Yorkshire counties Youth Theatres who meet at the annual Yorkshire Regional Youth Theatre Festival.  You are a part of something larger. 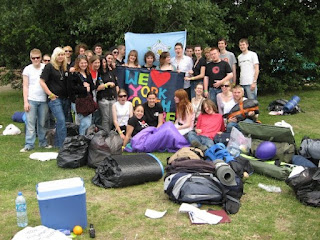 Another paradox is the ‘same-old-same-old’ and the ‘diversity’.  The same games often re-appear.  I believe I must have played a hundred games of Splat over the week, a game anyone from 8 to 80 can play.  The 8-10s and 14-16s both eagerly took onboard Busy Bees (a game I’m not entirely sure why we zip around as bees but, hey-ho).  Mask work, improv skills, devising workshops and games such as Freeze, Big Fat Pony, Prisoners, Ladders, Keys (though you can replace the Keys with a ball) and, without question, firm favourite NINJA WARRIORS are the mainstay of the Youth Theatre, the backbone, the solid foundations.  Without these games, we would be building on sand, and our work would crumble into the sea. 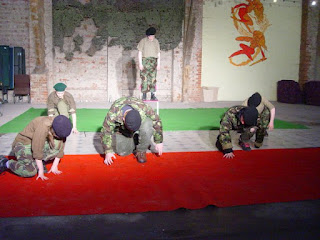 Other Same-Old-Same-Old principles are the regular Studio spaces.  I often feel that members of YYT don’t know how lucky they are to have the use of this fine small space, a technical team and the equipment.  Other YTs can only dream.  And yet, each group will have the privilege of using this space roughly once a year.  The Main Stage performance has become a mainstay of the building, beginning with The Trial (2006), 1984 (2008), Pericles (2009) and Coram Boy (2010) with His Dark Material round the corner in November 2012.  To this extent, you will often hear an YT member of any age ask at the start of term whether they will be doing a Studio show this term, or what the Main House production will be. 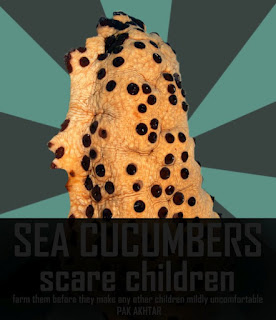 And yet, the other side of this coin is Diversity.  In the 10ish years I’ve been involved in YYT I’ve done Greek tragedies, satirical political farces, Shakespeare, children’s plays, Circus-based nightmares as a member, and then beyond that helped stage the poetry of Tim Burton, done reality TV-turned Lord of the Flies, dystopian ideas of security, adapted Bible stories, told the legend of the Grey Lady and looked at global warming in the fishiest of ways.  I’ve seen them take over the Museum Gardens (long before the Mysteries 2012), perform on the cobbled streets within the Castle Museum, perform in a grand manor house, occupy a freezing cold car park, create haunting plays made in 24 hours, Dracula, Kafka, Wyndham, pirates, films, ambitious balloonists and presumably a load more that has slipped my mind.  What variety!

And it is this that perhaps is the most important aspect for an YT alumni.  I don’t use the term graduate.  Like college, school and university there is a clear end, and like one ceases to be a student, one ceases to be a member of the Youth Theatre, either due to finances, time constraints, other commitments or simply coming to the age limit.  I myself felt it was time to stop being a member at the age of 18, I felt YT had taught me everything I needed to know, and it was something which kept cropping up when working with the 16+ group.  That decision and choice to appreciate when it is time to leave YT and leave your space to a new member is a valuable conversation to have. 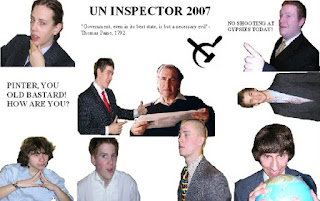 But what is important about YT is it creates a select history.  Everyone goes through school, has stories to tell about canteen food, P.E., teachers, bullies, sports, hatred of maths.  It’s part of our shared tapestry.  However how many men and woman can claim to have dressed as a ring-master and kidnapped young children for their villainous sweat-shop?  Or had live rats placed inches from their cheeks?  Or slept overnight in the De Grey rooms to create a sinister collection of macabre ghostly stories? 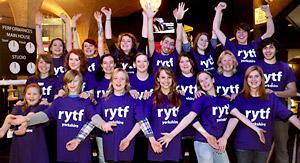 I would not be here, a performance poet taking a show to Edinburgh Fringe, working as a technician at Leeds Uni, doing the Young Writers Programme at the Royal Court.  Though we were never ‘radicalised’, I certainly wouldn’t go on demos and protests.  I would never have written this 1600+ word essay on anything else either. 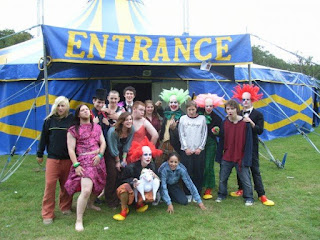 Generally speaking, York Youth Theatre gives you something to care about.  Not just theatre or the arts, but it teaches you there are things in life worth giving a damn over.


So, were I drinking something stronger than milk right now, I would raise my glass.  To the twin heads of Diversity and Same-Old-Same-Old.  The twin sisters of Ideological and Experiential, the Intimate and the Broad, the Demanding and the Stressless.  To ten grand years.  To all the staff, freelancers and assistants.  To the members, the alumni and the members-to-be.