On Thursday I popped over to Hull to see Hull truck Youth Theatre perform two of my plays, one first commissioned by York Theatre Royal called The Circle of Chalk, inspired by the classic Chinese tale with a smattering of Brecht.  The second was an entirely new play, The Castle, adapted from Kafka’s unfinished tale of a man, K (who shares the same name as the protagonist of one of Kafka’s more famous novels, The Trial).  Both were directed by Tom Bellerby, and both were fantastic productions.

The Circle of Chalk employed a huge range of music to weave the story.  Not just a few musical interludes, but a really effective backdrop of folk sounds to drive the tale along.  Brilliant committment to the story-telling, drawing us into their world balanced on a knife-edge. Watching it back, there’s a lot of ideas peppered throughout the play.  Family, duty, country, fascism, home, identity and race constantly crop up, and I hope the play tries to explore what displacement means, and how governments react to displaced people with racism and walls.

The Castle was a different beast in the sense it had one driving theme throughout, the ineffectiveness in the face of a sheer power.  Within that, there’s the destabilisation of relationships, the abuse of power, the reliance on contacts and pressures of business and ambition.  But the base idea is that our protagonist, K The Land Surveyor, is desperately trying to find work but caught in a bureaucratic nightmare and told if he isn’t work, he is worthless.

This is the same message young people across the country and being told, as their support networks have been, and are being, slashed.  Removing EMA and student grants limit their access to education.  Removing housing benefit, and the stigma of not being able to ‘make someone of one’s self.’

I’m very proud of the final script.  The cast brought out eccentric and unstable characters full of mischief and malevolence.  The atmosphere was gripping and haunting.  Kafka has a certain level of grim humour which I toyed and recreated for the stage.  But in Kafka’s novels, characters are trapped, cursed, doomed and never make the right decisions.  And all other characters are seen through the tinted eyes of the protagonist.  In our version, we tried to show characters actually making good and negative choices.  We showed empathy, sympathy and rejection of these traits.  Because this is an ensemble, and though K is at the very centre, it is a connected web of Villagers and Officials who each have their role in the story.

That is essential in a Youth Theatre play, where every actor needs to feel, and should be, relevant to the story and have a part they can get their teeth into.  Young people deserve quality scripts.  I may not be able to give them security, but I can at least give them a bloody good play to work with.  Thanks to Tom and Hull Truck for having me!

To swerve this somewhat, I tried to change my Twitter handle from HenryRabyPoetry to HenryRaby.  Because as much as poetry is my core skill, I’m also doing more play-wrighting and theatre making.  Alas, HenryRaby is taken.  The account has 0 Tweets.  I can only hope it gets deleted.  It’s a dog-eat-Tweet world out there.

Feels a little Kafka-esque doesn’t it?  This great vast system of Twitter dictating rules and names, and myself, powerless within the loopholes, to make any leeway.  I just have to sit and wait.

This week I also worked with director Natalie Quatermass on a new show about punk and politics.  It’s called Whatever Happened To Vandal Raptor?, and we’re scratching it at Derby Theatre on the 6th March.  It’s still early days, so I’ll blog about it in detail once we’ve fleshed out more of the show.  But watch this space!
Posted by Henry Raby at 04:30 No comments:

The Greatest Cartoon Ever

Hey.  Get ready to tear me apart.  Get ready to rip me limb-from-limb as I declare a statement that will shock the very foundations of the zeitgeist to it’s core.

OK, so let me unpack that.  Adventure Time is brilliant.  It’s masterful and funny and full of fantastic characters and story and marvellous inventive.  But it’s everywhere.  It’s on t-shirts and hats and pencil cases and games and I really love it.  I haven’t seen every single episode (there’s a lot) but it’s not struck the chord with me that it has with so many other people, and many of my friends.  I don’t consider it the *fanfare* Greatest cartoon Ever.

Me and my housemate recently watched a few Count Duckulas, which are incredibly pun-heavy surreal nuggets of British eccentricity.  Much more nutty than Dangermouse, with some great set pieces that lead to a zaniness only 80s cartoons could provide.  The puns drove me quackers.

I’ve also been caning a lot inordinate amount of the Batman The Animated Podcast which is a gushing source of fan nostalgia waterfalling from my iPad.  Check it out, I never watched much Batman TAS cos it wasn’t on UK telly as much (Batman Of The Future was though, or Batman ‘Beyond’ to you ‘Americans’), but the Podcast is very funny, well-made and goes into great detail of the show, which I love, cos I love analysing and details (could ya guess?)

Retro cartoons are back, or at the least they have a marketability.  You can slap a 80s or 90s cartoon onto anything and it’ll sell.  But how much do people revisit these cartoons?

You know I love Pokémon.  But I don’t even think the Pokémon cartoon is the best thing in the world EVER.  It holds a heap of nostalgia for me, and I’d watch it gleefully, but that would be rooted in the memory how much it mattered when I was 11.

On the flip side, I devoured Gravity Falls.  Such a well-crafted collection of stories.  Twin peaks meets Hey Arnold.  Not only were the jokes spot-on, but the characters were 3-dimensional (which is ironic considering one was a nightmare 2-D space demon), including strong female characters, gay characters and quite possibly a Trans* character.  I couldn’t watch the finale for fear of it ending, like the apocalypse.  But end it did, and marvellous so.  With salty tears running down my cheeks, as Dipper and Mabel bid farewell to Gravity Falls, and part of their childhood, I too said goodbye to a cartoon which PROVES to me that cartoons are still high quality.

Well, actually, it doesn’t.  Because it’s all subjective.  Just as one person adores Adventure Time for its fresh take on the adventure genre, another person will argue “cartoons aren’t as good as they used to be” while rocking their He-Man t-shirt.

But compare this whole comparison with other genres.  We hold Citizen Kane up to be one of the greatest films of all time, just like we declare Shakespeare, Dickins and Tolstoy to be our greatest writers.  The greatest musicians include Bob Dylan, The Beatles and Presley.  I’m not saying I much rate these assumptions but that is the general structure of our western culture.

But no one really holds up a cartoon as the greatest ever.  Because kids don’t care about that.  They just love sitting after school and watching something silly, exciting and/or funny.  They’ll watch reruns, they’ll watch the latest show, as long as they enjoy it, they enjoy it.  If you enjoy something, you enjoy it.  I’ll analyse it for hours and hours and hours, but at the end of the day you love something because you love it, and the rest is silence.

Oh, and for the record the Greatest Cartoon Ever is Legends Of Treasure Island.  Without doubt.

Goodnight out there, whatever you are…. 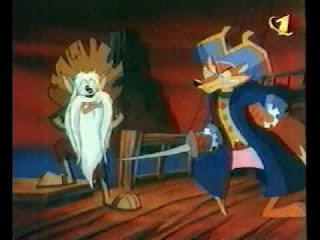 Email ThisBlogThis!Share to TwitterShare to FacebookShare to Pinterest
Labels: Nerd

20.16 Blog #2: Workshops through the looking glass

You stand in front of an audience, one of several poets who have stepped forth during the night.  You may be remembered, you may be forgotten.  If it’s a slam, you might win.  You might be the guest poet, and this is your job.  Better earn that crust.

Sometimes your throw our political, personal or funny poems and in return the audience act as a mirror, they reflect back with laughter, gasps, applause…or even stand up and walk out in disgust.  But sometimes they absorb, they remain still, they listen but they give nothing back.

I have always said, if you want to get better at performance poetry (and performance in general), perform as much as possible.  Gigs, slams, open mics.  Most cities are full of them, my context of York is no exception.  You can perform in front of the mirror as much as you like, it will reflect back your words and your stance and your politics but it won’t absorb like an audience.

But then, when you write, you pour in your thoughts onto your page.  It’s just a transition from thought to screen.  Like the mirror, it’s only reflecting yourself back in ink.

I’m still pondering the workshop from last week.  Not the one I led, the one I took part in led by Sally Jenkinson, our guest poet for Say Owt Slam #8.

The last workshop we held for SOS was way back in March 2015 with Jess Green, though we have always invited our guests to deliver a workshop, though it doesn’t always work for various reasons.

I started thinking about the people who came along to the workshop.  Some people experienced writers, some without much confidence, some totally new to the artform.  Handled marvellously by Sally, it was fun but also very interesting, a very minimal set of exercises leading to interesting results.

It got my reminiscing about previous workshops I’ve attended from poets like Jacob Sam-La Rose, Sophia Walker and Kirsten Luckins.  I travelled down to London for a free workshop with Apples & Snakes, and had mentorship from Hannah Silva when I was part of the Soapbox Tour.  Not to mention the hours and hours of workshops at NAYT’s Raising The Game events for working with young people in theatre.

Workshops allow you to bounce ideas around, to have input different to your normal perception of stimulus and writing, and then have alternate opinions in a room.  Much more productive than relying on an audience who see you as the evening’s entertainment rather than a brain/heart processing art.

When you write, you exist within the bubble of your head, the words and thoughts bouncing around, perhaps assisted by some music (at the moment it’s The Raincoats on my iPod) and interest explorations.  A workshop allows some breath and breadth, to explore someone else’s methods and styles, to get some thoughts from other people.  In Sally’s workshop, we shared our own personal ways and methods of writing, advice and experiences.

And in this way, we do reflect each other.  We bounce ideas off one another, and something surprising and refreshing can emerge.

The looking glass is a gateway to another world.  But what does it contain?  Yoda states to the hasty Luke when he asks what’s in the Dark Side cave:  "Only what you take with you."