Everything Is Possible:  The York Suffragette Story

It’s no mean feat to bring together hundreds of volunteers from across York with different skills to create a mass community production.  But York Theatre Royal are experts at this by now, and moments of this grand production were a breathtaking visual treat backed by mass voices.  The struggle for the vote is one part of a larger struggle of human rights and class war.  Totally justifies my belief that when cops drag OAPs from the gates of KM8 wellsite in Kirby Misperton they’re on the wrong side of history.  Though I wanted a more scathing analysis of the current political climate (yes, we have a female PM, but yes, we still have mass sexism and rape culture) I was proud to have helped programme some buskers in the form of poets and musicians beforehand for the outside scenes and be part of the faux-protest that did raise awareness of women’s charities.  Wrote a blog about it here. 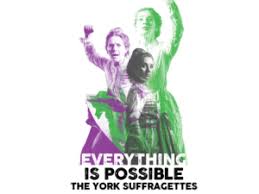 Sometimes shows about social justice can paint the hero as a pure and perfect leader for change, but Pink Sari Revolution was also nuanced and clever.  The main character, Sampat Pal Devi, is a mighty force in the world fighting for women’s rights and inspiring to the core but also a problematic figure.  The writing was inspiringly well-paced and really made me think about how you love along such a complex story in snappy scenes.  Also loved the great tree snarling from the concrete and splash of beautiful pink  in the set. 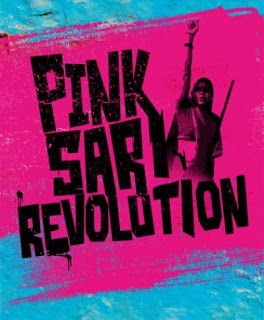 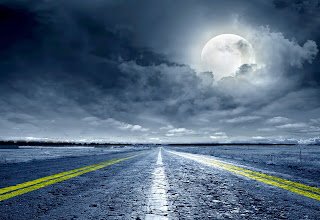 Two shows I saw on the same evening back-to-back at the same venue and both very similar.  A little bit like a Bus Man’s Holiday in the sense both shows about luckless millennials trying to work out how to make an impact in a grey Tory Britain.  As a luckless millennial, I could only sigh and say “yep, seems about right”.  Both shows used great noisy live music, All We Ever Wanted was a great showcase spectacle and Powder Keg were a great sizzle of two chap chemistry and Beyblade references. 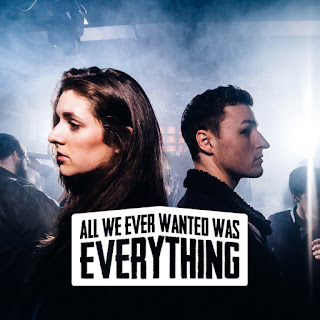 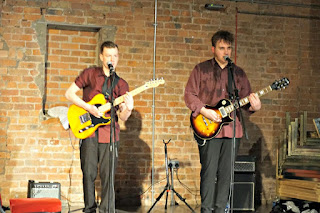 This was my antidote to seeing some meh theatre over the course of the year.  It was expensive, but it was ace.  Visually it had everything you need from Kneehigh, messy and evocative and splashy and bright.  The songs were like a punk orchestra.   Time-to-time it’s nice to drag myself from the back rooms of pubs doing solo sets to see something that dominates the stage with a spectacle of style and sound. 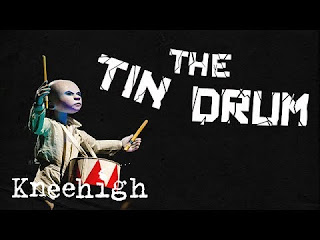 A Show That Gambles On The Future - Mark Thomas

Of all Mark’s shows I’ve seen over the year, this was perhaps the most akin to a stand-up set rather than a theatre show.  Nevertheless Mark’s magnetic energy makes him both a dominating, yet welcoming, presence.  His quickfire conversations and cageless enthusiasm make him a must-see for anyone (like myself) exploring how to not only engage an audience, but keep them hooked whilst you unpack Brexit, the monarchy, Tories and capitalism.  Mark is an excellent example of how you grapple with these huge concepts and leave spirited and renewed.  Also see:  Josie Long. 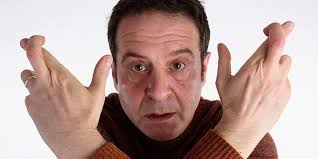 Onsind:  We Wilt, We Bloom 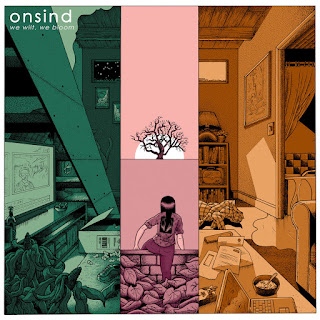 They’ve done it again.  Onsind’s ability to paint pictures, craft stories and create characters have always set them apart from the folk-punk bands singing about booze and broads.  No, Onsind’s albums are explorations and here’s no exception.  An insightful, account of Britain in 2017, it unpacks racist border control, self-harm, nationalism, longing, mental health and being a millennial.  You can quite easily lose yourself in an Onsind album, and feel a beautiful mixture of blue sky happiness and forlorn loneliness all within a handful of chords, guitars and Durham howls. 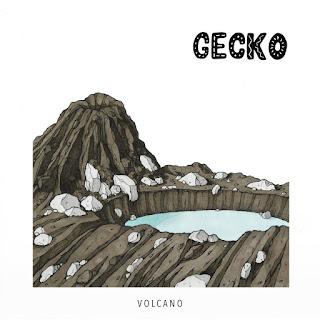 If it’s an earworm you’re after, then this album is full of clever, witty and instantly memorable lines and lyrics.  Gecko sits neatly within the spoken word scene, a mixture of gentle folk and hip-hop delivery.  But most importantly, the songs are all sweetly playful.  Gecko takes little ideas, strange concepts and essentially gags and manages to make highly infectious tunes.  We have him back in York 22nd March, keep your eyes peeled on the Say Owt page.

The Menzingers:  After The Party 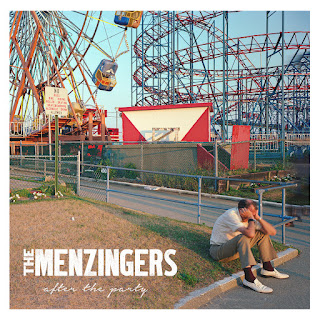 I came to The Menzingers rather late, but they’ve certainly lodged themselves onto my iPod and brain.  My first reaction to After The Party was a bit meh, and as an album it doesn’t really boast the strongest Menzingers songs.  But the holy trinity of Lookers, Bad Catholics and the title track, After The Party.  Sullen and raw, maybe these songs helped with a tricky year of navigating being single for the first time in a while. 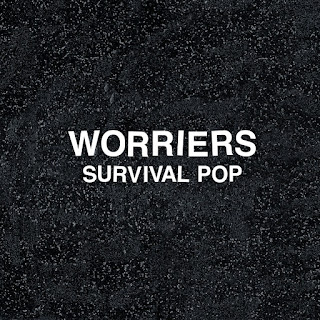 Lauren Denitzio’s vocal deliver and very sharp song-writing made this a perfect example of punk in 2017.  Very personal and truthful, it has the rawness that I really needed from this winter.  There’s also well-crafted politics on ‘Gaslighter’ and ‘What We’re Up Against’, it’s not necessarily hardcore but has a great melodic hook and musical presence. 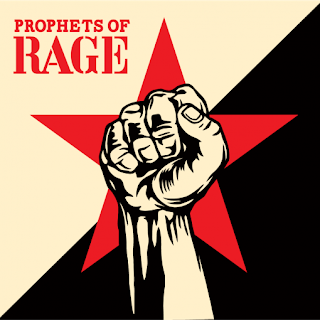 Maybe a tad over-polished for my punk sensibilities, nevertheless this album has been a staple of this year’s anger at constant failures and flops from authority figures.  Though all stars of the 1990s, the musicians have proven protest music is alive, loud and has agency.  I wish more female voices were part of the all-star line-up I know I’ll look back at 2017 as the year we declared time to UNFUCK THE WORLD. 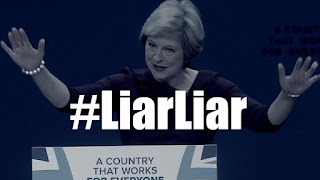 OK.  This is the real soundtrack to 2017.  Yeah it’s just a single, so I’m cheating.  Other protest songs will come-and-go but I will never forget this track dropping before the General Election and that wave of energy that came with finally getting behind a Labour Party opposed to austerity.  The song was a fiery inspiration that backed travelled to Halifax to protest the manifesto launch.  We danced to it outside the ‘debate’ between May and Corbyn at the University of York.  And it will always be a song that gives me hope.  I also like playing it at Police Officers at Kirby Misperton.  You never know, right?  Might convert a few.  She’s a liar.  You can’t trust her.

5 years ago I took part in one of the most successful pieces of protest I think I’ve ever been part of.

Cast your mind back to those early days of the Coalition.  The message being transmitted from Tory Towers with little Lib Dem liars giving little Lib Dem thumbs up was:  The country is broken.  It’s bust.  It’s cashless.  So we can’t afford apparent luxuries like the NHS, welfare and housing.  Soz.  #toughchoices

The immediate argument in response was:  There is loads of money out there.

One of the loudest arguments was to close the tax loopholes, redefine the definitions between tax ‘evasion’ and tax ‘avoidance’. Or just tax massive companies more.  Amazon, Google and Boots were all seen as huge profit-making companies that refused to pay their tax.  You can read about it here.  Starbucks had paid no corporation tax whatsoever in 2011.  None.

This all feels a little bit like treading water, so apologies if you all know.  But at the time, it was news to me.  It felt like it wasn’t just ideologically hating the Tories, the Party I had been warned about throughout my life, but that there was a very decent argument to oppose their austerity.  We were right.  We had good reasons.  We were not being represented by the media.

UK Uncut had been holding occupations and sit-ins to raise awareness of this situation.  They called for a day of action on the 8th December, arguably one of the busiest shopping days in the calendar. A in York group organised to stand outside Starbucks with free tea, coffee and cake and discourage people from giving their cash to the business, whilst raising money for a York women’s refugee shelter.  Also because food is political, and food should be free.  And food and coffee should not be a tool for a massive corporation to make money while cuts will affect everyone at the very bottom.  Starbucks even tried a divide-and-rule tactic warning staff if they were forced to pay taxes it could affect their staff’s rights.  Nonsense, of course. 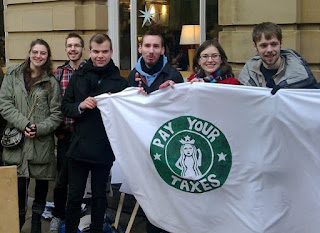 Firstly, this little action felt a very novel idea, despite it not being particularly large.  But until then a lot of focus had been around waiting for Trade Unions to call massive strikes, or funnelling people into London demos.  This was before the Occupy movement, and giving out free food on the street (through York Food Not Bombs) felt novel.

Now an 'alternative' to austerity is part of the political conversation.  There are other pots of money, other opportunities, other streams to explore is part of a new conversation.  Closing tax loopholes, taxing the very, very rich and finding an alternative to austerity are all part of Labour’s recent manifesto.  And even the Tories seem to be rebranding as Nice Tories with slightly less cuts and the offer of Millennial Railcards in their recent budgets.

And I think it’s because groups like UK Uncut and little local pockets of activism started to change the conversation, raising awareness, keeping it in the public eye.  I’m going to talk more about it in another blog,  but I just wanted to reflect on 5 years ago when we were building a momentum (but not that kind) to open these discussions in the freezing cold, outside Starbucks.